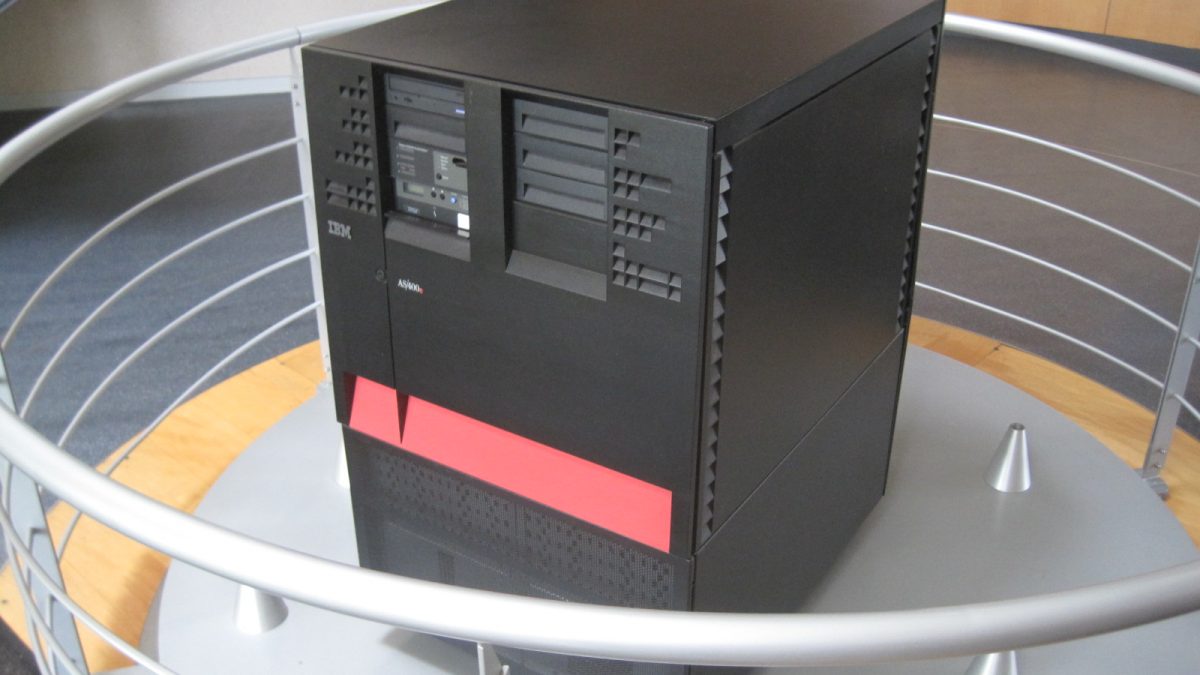 Everything You Need to Know About IBM i- AS/400/iSeries

Though AS/400 isn’t common as it was in the previous years, financial and manufacturing services still use AS/400 systems. Nowadays, most organizations use the latest IBM iSeries computer systems because the AS/400 Cloud is sound and reliable. The versions of this system have been modified hence a great operating system and documentation.

IBM released the computer series AS/400 in the 1980s, and its performance was better compared to other computer systems. The aim of releasing AS/400 was to help in the operations of small enterprises and businesses. AS is an abbreviation for Application System, and it’s called so because it’s based on the applications instead of the processor.

History of AS/400 System

Before releasing AS/400, there was a product line of several systems, including System3, System32, System34, and System36. Later, BM launched System38 in 1979 and then released AS/400 in 1988. Its initial first language was RPG and then RPG’s subsequent versions, including OVM, ILE, and RPG IV.

Though the internal architecture of IBM i is complex, most users enjoy how simple it’s easy to use. It is integrated with several components, including software, hardware, a database, and security. IBM Power system, an advancement if AS/400 can use the latest technologies. The software and hardware are in IBM i are separate, so changing one doesn’t affect the other.

The software programming interface in IBM i is known as Machine Interference (MI). It’s found between the hardware, the operating system, and the application. Because the OS in AS/400/IBM power has an in-built database, the user doesn’t require separate installations. IBM i also has an IFS.

Evolution of IBM i Series from AS/400 to iSeries

AS/400/IBM i supports several tools and languages, including;

However, some languages such as C++, C, RPG, COBOL, CL, and FORTRAN can’t be used in call procedures and executables written in ILE languages. AS/400/IBM supports several other tools, including;

Characteristics of IBM i

IBM power systems have PowerVM that prevents hardware usage in large amounts. It’s advantageous because it allows simplicity in administration and also, low cost of energy. The importance of PowerVM is that it allows the user to spend less yet, enjoy high performance, flexibility, availability, and use less energy.

IBM i operating system has multiple features, a characteristic that other operating systems lack. Enterprise systems that use IBM i are stable and secure because all its storage is in a single level.

Software-based virtualization such as XEN, HyperV, and VMware have a lower performance, which is a disadvantage to the user. Clients using a firmware virtualization solution enjoy several benefits, including efficiency and high performance.

IBM autonomic technologies in IBM i system allows users to perform several least needed tasks. The system doesn’t need any boost for these tasks. However, Linux or Windows require extra tools to boost the administrative efforts of the system.

The integration of core functions and tools in the IBM i system makes it unique compared to other computer systems. The system’s efficiency allows it to perform over 300 tasks, including security, communication to operations, backup, and recovery. The tools integrated into this system include DB2, a file system, i RDBMS, web services server, and web applications servers.

Today’s IBM i system is upgraded and can support several common client-server systems, including JDBC and ODBC. These server systems can access its database from several client software such as Microsoft .NET languages and Java.

LPAR is found in the mainframe computer of an IBM i system. This special feature allows a single IBM System i unit to run multiple OS simultaneously. This task is done in separate partitions; thus, no operating system can affect the other’s resources or memory. Resources are allocated in each LAPR at a particular time where there are unused resources, including CPU time, hard disc memory, and space. LAPR scheme supports several operating systems, including AIX, Linus, IBM i.

Reasons Why Top Companies Still Use AS/400 and IBM i

AS/400 cloud is a home for applications, which makes it easy and flexible for users. Though technocrats overlook AS/400, it’s features and characteristics display its high performance and reliability. Though it has lost value over time, it’s still useful in several enterprises such as manufacturing firms and financing companies. Programmers looking forward to pursuing IBM as a career shouldn’t give up because it’s advancing with time, and it will be better in the future.

Single Board Computers - What You Need To Know

Single Board Computers – What You Need To Know

Wondering about how to amplify your PPC strategy? Tips from a Minneapolis PPC Agency

The top 6 Steps of Trading Cryptocurrency

Customer Experience Trends For Digital Marketing And How It Works

5 Ways to Cut the Cost of Executive Recruiting Software

What Are IAM Tools: Why Do You Need Them